"Could You Transpose This
Down To G?
I Have A Cold."

LATE-BREAKING NEWS!! -- I stumbled across this video by MELANIE FAYE, a truly awesome guitarist... She shows you exactly what I'm discussing below about transposing... Enjoy!!

OOOPS!  TRANSPOSE???  Are you in trouble now?

Well, take a few minutes to read this tutorial. Then practice the material.  You will in short order be known as a great accompanist and be "first call" on every singer's contact list.  It's easy when you know how :)

I really, really  want you to understand the info on this page, so give yourself as much time as you need to understand EACH point, and try it out on your instrument,
ONE step/point at a time.
In other words, don't "charge" ahead until you are certain you have a particular point [scale, chord relationship, etc.] "down cold".
Each individual point is basic and simple, and will add up to a general effortlessness
in transposing on your instrument.
So don't "rush" yourself, or you will have to go back anyway and fix up the inaccuracy or uncertainty
you left behind, ok?  OK!
[The above, by the way, is how all the real professionals study - at least the ones I know and/or admire.]

Good Luck in your Transposing!

FIRSTLY - Learn your basic note relationships in, for convenience, the key of C:

Ok… Now did you know that the “lingua franca” of Jazz and Pop is ROMAN NUMERALS? Yep.. Why? So you can change keys instantly!

Lets start with THE BLUES.. Just about all Pop and Jazz musicians refer to this as a “1–4–5 progression” or rather “I-IV-V”. In the key of C, this would be C-F-G, of course. [We’re just discussing the ROOT of the chord, only, at this point.]

SO, what you should do is get your note relationships in C, as above, down COLD. And then learn them in all keys. This will exercise your ear into the faculty of ‘RELATIVE PITCH’

Hint: MOST [not all] Pop music conventionally anchors itself to the TONIC, or ‘root’, and eventually winds up there. Now we are getting into music theory, but you can listen to almost any Pop song and hear what the root is.

Another hint: Once you get C down cold, or at least very very well, take “G” as the next key to study - why? Because you already know a lot of it from “C” {OR, alternatively, you could go to F -- see my hint below*]

Another hint: There are keys which are common in Pop. [C# is NOT one of them… So don't worry too much about tackling that right away.. :) ]

In other words - Learn your scales/chord tones/scale degrees in a rough order of difficulty. And on PIANO at least, the “go to” scheme is THIS: 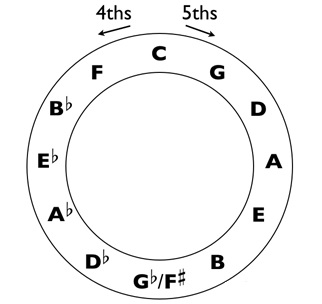 *ANOTHER hint: going counter-clockwise - fourths - winds you up in "Keyboard", "Pop", "Jazz", and "Horn" Land. Going CLOCKWISE puts you into "ROCK and GUITAR Land".

[Some may disagree to the following. But remember this is a quick "rule of thumb" to get you into easy transposing without giving yourself a headache.]

Here's why:  ’Cause horns play predominantly in those “flat” key signatures and, of course, guitars favor keys which correspond to those root notes in the clockwise direction: "sharp" key signatures. That’s how the strings are tuned on a guitar. And SO many singer-songwriters write great songs using basic guitar chords. That's probably the Beatles' fault  :)

See how a guitarist thinks?

The above is a general rule of thumb, but you’ll find it useful

So -- Learn to recognize RELATIVE pitches in a song. ["It goes like this: a fourth, a fifth," ~ "Hallelujah" ~ Leonard Cohen]  Then you will be able to transpose that song, or any song -- at will!

Parting words.. In NASHVILLE, they famously don’t use “charts” as such -- [This is the renowned "Nashville System"]  They write the RELATIVE chords in Arabic Numerals on the back of an envelope!  Why?  Because they might have to transpose it when the actual singer shows up, or when they do a different version for a different singer. 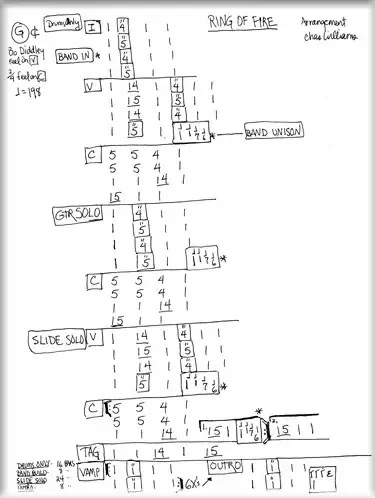 So, to wrap up.. Learn your scale degrees and then chord types, etc.. Transpose them. and then you’ll NEVER again be stymied by the singer asking: “Hey, can we take this down about two steps?”