Music education for kids which is
Creative and Practical?

Yes! Music education for kids CAN be creative and "practical" at the same time! - Watch this video of ORFF "SCHULWERK" in action:

In any overview of music education - for kids especially - it would be quite an omission not to include the works and activities of the 20th Century composer, Carl Orff and his collaborators Gunild Keetman [below] and, Dorothee Gunther: 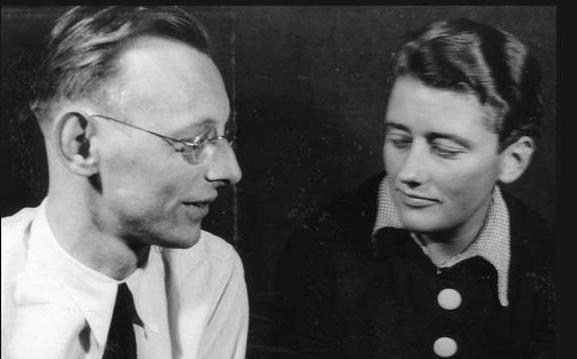 Let's hear Carl Orff himself discuss the key principle of the "Schulwerk" approach to music education for kids:

Show me, I remember.

Involve me, I understand."

Their work, the Orff "Schulwerk" [schoolwork] was developed over several decades but was stopped and almost lost forever due to ideological repression and then, the decimation of Europe at the end of World War II.

Despite a good deal of resistance, hardship and outright opposition, Orff, Keetman, and Gunther persisted in research of methods and principles of music education for kids, teens, and adults - right up to the point of the banning of their work and the closing of their school by the Nazis.

However, after the war, they resumed their work, which has evolved into the thriving and robust approach which is now recognized by scholars, educators, parents and children all over the world as the one of the most [if not THE most] rewarding and effective methods of music education for kids that exists.

Here's another example of the ORFF methodology - a very charming segment from a Christmas concert. Though a bit short, you can see the students' excellence and musicality shine through.

[The following remarks have been excerpted from the Victorian - [Australia] Orff Schulwerk Association website, from Wikipedia, and from Carl Orff's Website - links are below.]

"Children all over the world love to make Orff music.

"We cannot name all the places besides the U.S. where there are Orff teachers, but we can list some of them: Australia, Austria, Namibia (S W. Africa), Japan, Brazil, Uruguay, Greece, Mexico, Italy, Malaysia, England, Czechoslovakia, British Virgin Islands, Hungary, Poland, Israel, Sweden, the Soviet Union, Belgium, Canada, Germany, and South Africa.

"In those countries we find what is most important in Orff. Not the books in many languages. Not the instruments. But the people who enjoy Orff.

Here are some further words from the originator of the 'Schulwerk', Carl Orff himself, in which he explains the core principle of the approach, which he termed: "ELEMENTARY" [sometimes translated as "ELEMENTAL"] music.

"Elementary music is not pure music, but is interlinked with movement, dance and language; this is music which is created by individuals which are not involved as listeners, but as participants.

"The tuition [teaching] is based in its entirety on the principle of improvisation."

The interlinking of music and movement and the principle of improvisation became constituent for Orff's concept of ›elementary music‹ right from the start. - Here is some further information from Wikipedia:

"Orff-Schulwerk music is largely based on variations on rhythmic patterns. This makes for very simple yet beautiful musical forms which are easily learned by young children.

"Although music played on Orff instruments is often very simple and easy to play even for first time musicians, this aspect of rhythmic simplicity evolving through variation induces a universal appeal for adult musicians and audiences as well.

"Orff considered the percussive rhythm as a natural basic form of human expression. Carl Orff and colleague Gunild Keetman co-composed much of the music for the five volume series, Music for Children. These volumes, first published in 1950, are still available and used today."

SOME FINAL WORDS ON ORFF SCHULWERK:

It's been observed that the Orff approach of music education has acquired enough "mystique" among certain music educators that when asked what their philosophy of music education for kids consists of, they say: "Oh, yes - We're doing Orff.", without their even really knowing what "Orff" IS!

Nevertheless, if you are a concerned parent interested in discovering an approach to music education for kids, which can be universally applied to any child at any level, giving him or her a solid grounding in communication, coordination and essential skills which will serve him or her for their whole life, and which the child will be naturally interested in and enthusiastic about, then you should become very familiar with Orff Schulwerk.

If you want your child to experience the primal joy of making music with others, if you want to give him or her a solid enough grounding in musical principles that he or she could progress up to a high professional level of musicianship, should that be their goal - then you should know about Orff Schulwerk.

If you are an adult who missed out on the experience of true music making and it's attendant benefits, then you should find out about Orff Schulwerk.

If you are advocate of music education, looking for an efficient program of music education for kids which would satisfy budget requirements without lowering aesthetic or academic standards, but actually raising them, then you should definitely become very familiar with Orff Schulwerk.

So, let's harness the power of this methodology to help teach our kids music and its joy, and to help "Make Music Better!!

MORE on the ORFF SCHULWERK method of music education for kids:

Meet RAFE ESQUITH, another marvelous educator with an understanding of music's role in the education of our children.