[Below] Here is WHY music education statistics are collected:

BENEFITS TO OTHER SUBJECTS:

BUILDING OF CHARACTER & SELF CONFIDENCE: 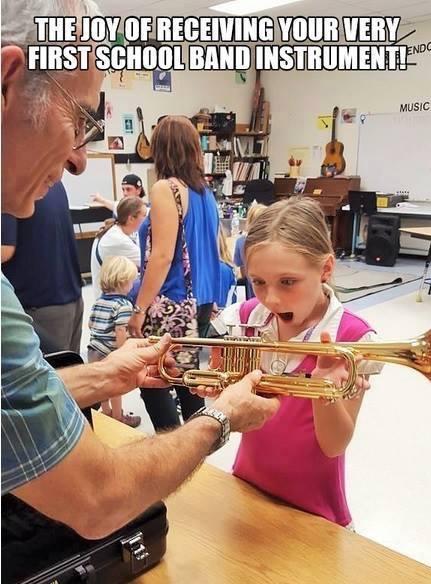 BENEFITS TO OTHER SUBJECTS:

"Researchers found that lessons on songbells (a standard classroom instrument) led to significant improvement of spatial-temporal scores for three- and four-year-olds.

[ed. note: How's THAT for some "music education statistics"?]

"Music making helps the elderly ..There were significant decreases in anxiety, depression, and loneliness following keyboard lessons. These are factors that are critical in coping with stress, stimulating the immune system, and in improved health. Results also show significant increases in human growth hormones following the same group keyboard lessons. (Human growth hormone is implicated in aches and pains.)"

"Playing a musical instrument can reverse stress at the molecular level, according to studies conducted by Loma Linda University School of Medicine and Applied Biosystems (as published in Medical Science Monitor) "Making music can help reduce job burnout and improve your mood, according to a study exposing 112 long-term care workers to six recreational music-making sessions of group drumming and keyboard accompaniment. (as published in "Advances in Mind-Body Medicine")

BUILDING OF CHARACTER & SELF CONFIDENCE:

*An Auburn University study found significant increases in overall self-concept of at-risk children participating in an arts program that included music, movement, dramatics and art, as measured by the Piers-Harris Children's Self-Concept Scale."

"According to music education statistics compiled by the National Data Resource Center, students who can be classified as “disruptive” (based on factors such as frequent skipping of classes, times in trouble, in-school suspensions, disciplinary reasons given, arrests, and drop-outs) total 12.14 percent of the total school population. In contrast, only 8.08 percent of students involved in music classes meet the same criteria as “disruptive.”

— Based on data from the NELS:88 (National Education Longitudinal Study), second follow-up, 1992

"The National Institute on Drug Abuse issued its own list of factors thought to reduce the risk of teens' involvement with illicit substances. Among them are strong family bonds, parental monitoring of children's activities, success in school and involvement in school and religious organizations. Officials admit none of the proposed remedies is foolproof. For example, the recent survey documented that Texas students in vocational and distributive education classes are more likely to use alcohol, tobacco and marijuana than their schoolmates. But the flip side of that finding was this: 'Secondary students who participated in band or orchestra reported the lowest lifetime and current use of all substances except smokeless tobacco,' the survey said'

- from a Houston Chronicle article in 2002

[The above, I feel, is one of the most important music education statistics of all.]

See the HOBART SHAKESPEAREANS show how music is vital to ALL education:

Sir Kenneth Robinson on: "Creativity vs. the Current Educational System":

NO Weights - NO Rubber Balls. & NO Endless Plateaus.
Just Observable Improvement.
Get It On Amazon [Paperback]:
Download the PDF [e-book]: